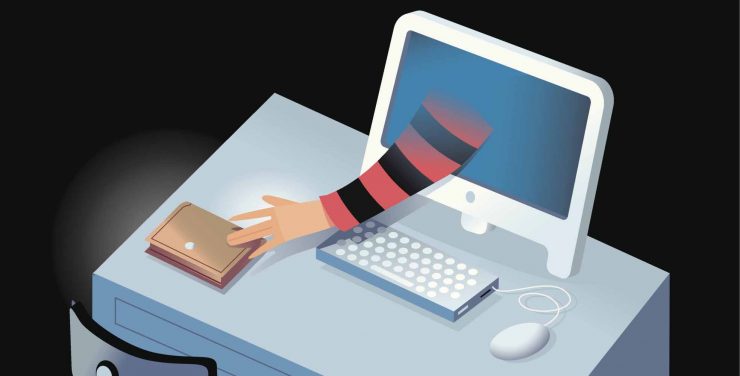 Many blogs are urgently requesting that persons on the Web fight back against Internet Surveillance Software.  February 11th has been designated as the official day which a coalition of activist organizations and Internet platforms fight back against governmental involvement.

How Does Aaron Swartz Feature Into all This?

The effort put forth also commemorates famed activist Aaron Swartz.  Swartz was incarcerated after he downloaded approximately 4 million articles from JSTOR–an archive of academic journals.  He was able to do so after tapping into the site from an MIT wiring closet.  Swartz was charged with four felonies which could have caused him to serve lengthy jail terms. In response Swartz took his own life.  Supporters of Swartz claim the punishment handed down to the former activist was much too severe since Swartz as a result took his life.  After the fatal event supporters have since been pushing for updates with regard to the need for greater Internet security.

Why are Activists Fighting Back?

Former NSA contractor Edward Snowden released a myriad of secret documentation to the media in order to make the public aware of what he claimed was illegal activity on the part of the NSA.  NSA is the acronym for the National Security Agency.  The agency has defended its collection of a firm’s private data as part of its responsibilities to Congress since it was installed by the government.  Its activities, it states, are required in order to protect the general public from terrorist attacks.  There is a great deal of phone data the NSA collects from various companies as well as other private forms of communication.  It appears change with respect to the privacy invasion is just not happening quickly enough.  Virtual activists have hoped that a special day titled:  “The Day We Fight Back” will demonstrate to the United States Congress that action is needed.

The documentation released by Snowden showed a collection of phone metadata that was enormous.  Phone metadata includes the phone number of each caller and recipient; the serial number of each phone; the duration and time of each call; and the location of each caller when the call was initiated and subsequently who received the call. The metadata is collected on millions of persons.  The calls take place between the United States and foreign locations.  Even the President of the United States admitted that the metadata collection was excessive.  The federal government countered that the actual conversations on the phones was not officially recorded; so the collection of the other material was not that private.  Persons on the other side argue that the call volume is too broad and is inclusive of the population that is innocent of any criminal activity.  The mass surveillance is collected on a call volume roughly in the millions, and every day.

The secrecy provisioned by the FISA which stands for the Foreign Intelligence Surveillance Act was outlandish.  Top IT providers, in response asked for permission to reveal data with regard to national security in their transparency reports written on a quarterly basis.  The federal government came back in way of negotiations with a middle of the road solution.  They suggested companies could include national security related requests in with data that was non-classified.  The Justice Department offered to break out the data in batches.  However breaking out data in batches does not keep matters private.  The data as described above continues being collected by the NSA.  Certainly privacy of companies of U.S. corporations is being violated.

The solution:  The USA Freedom Act must be supported  The Electronic Frontier Foundation asked supporters of privacy with regard to NSA involvement to back the USA Freedom Act.  The Act may not only be IT companies’ best solution, but the best solution for everyone in way of resolving some of the severest issues with regard to mass surveillance.  The solution is not necessarily the best solution, according to the Electronic Frontier Foundation since it does not quite address the NSA’s activity of tapping into the data of IT firms; but it does assist in that it is obvious in contrast with a Bill from Senator Dianne Feinstein which activists state merely builds up programs already in place.

Some firms will remember the SOPA/PIPA protest in 2012.  The organizers of the event titled:  “The Day We Fight Back” state the event is similar to the SOPA and PIPA blackout day. The organizers state the newest event is similar to the prior protest since supporters are asked to add a banner to each of their respective home pages on their sites.  The banner claims that IT firms are sick of complaining about the National Security Agency and want laws which keep surveillance to a minimum.  Certainly, any IT firm which adds a banner to their respective site is showing its support against excessive NSA interference.

The difference of the newest protest from that of the protest in 2012:  Persons who remember the 2012 protest know that the protest event went one step further by completely closing down very popular websites for the day such as Wikipedia, in order to show how SOPA and PIPA may effect the Internet.  SOPA is the acronym for Stop Online Piracy Act;–an act dealing with copyright infringement and PIPA  stands for Protect Intelectual Property Act.  The prior protest was supported by major players in the industry such as Facebook and Google.  That said Google or Facebook did not shut down their sites.  Instead the two industry leaders placed banners on their sites indicative of the mission of the prior protest.

Google stated on a blog post that it believed the governmental surveillance program should operate under a framework which is legal–bound by rules, tailored on a narrow basis, with a great deal of transparency  and subject to any oversights.

The IT professional organization poses the question:  What Can I Do?  Persons who do not have a website are asked to change their profile photos on Twitter, Google+ and Facebook; making use of a banner.  Anti-surveillance photos can be posted on the website of the organized event.  Discussions on social media sites should include #StoptheNSA hashtag.  There will be events scheduled worldwide inclusive of Los Angeles, Austin, Chicago among others.  Updates also will be posted on Reddit.  The main thing the webmaster needs to remember is to provide the special banner on his or her site.   He or she may also wish to contact his or her governmental representative and voice concern about the NSA’s involvement in way of collecting material that essentially is private!